I raised my children on “Mr. Rogers’ Neighborhood.” We had videotapes and audiotapes and we played them constantly. I wanted my son and daughter to soak up as much of his goodness as possible.

So when I saw the movie last night, I realized I knew all of the words to songs like, “What do you do with the mad that you feel?” and “You are special.” And I remember when Esquire magazine featured Mr. Fred Rogers on its cover, in an issue on heroism.

The story of the unlikely friendship between the hardened, skeptical journalist and the Presbyterian pastor whose parish was the Neighborhood of Make Believe was the perfect vehicle for the movie.   We are able to see the way Mr. Rogers related to people in a specific individual circumstance. The scenes between these two magnificent actors – Tom Hanks and Matthew Rhys – are raw and vulnerable, so personal that I almost felt like averting my eyes.

In one scene, Mr. Rogers tries to talk to the journalist (who’s given the fictional name Lloyd) by using his puppets. Lloyd is irritated and embarrassed and I’m sure many viewers felt the same way (I did.) But in the end, Mr. Rogers’ obvious caring wins Lloyd over and changes him profoundly. It would be very difficult to be unaffected by someone who looks you in the eye and speaks directly to you about the things that matter most.

We saw the movie with friends and then discussed it over dinner. We talked about Mr. Rogers’ sense of personal discipline; he devoted himself to relationships, to the piano, to swimming, to prayer and to his work. He paid careful attention to what he ate. In the television studio, he took time with each person, and no detail escaped his notice. What would it be like to be him, we wondered.   My friend said, “Was he that disciplined all the time, or did he ever sit down and eat junk food?” What it would be like to be his child? His spouse?

If Fred Rogers were just a rigid goody-two-shoes, he’d have been forgotten long ago. Instead, there is renewed interest in him because he was never trying to impress anyone. He knew himself and he behaved in a way that was true to himself.   He was completely authentic and lived with full integrity. That quality is rare and powerfully magnetic.

I am reminded of the commencement speech Howard Thurman gave at Spelman College entitled, “The Sound of the Genuine.” He challenges young students to find out who they are, to listen for God’s call in their lives, and to follow their purpose and passion. Here are a few quotes from that address:   “There is something in every one of you that waits, listens for the genuine in yourself—and if you can not hear it, you will never find whatever it is for which you are searching and if you hear it and then do not follow it, it was better that you had never been born. You are the only you that has ever lived… if you cannot hear the sound of the genuine in you, you will all of your life spend your days on the ends of strings that somebody else pulls.”

Mr. Fred Rogers was goofy. Some say weird. Certainly ripe for parody. But he was genuine, and his story encourages us to be, too.

2 thoughts on “The Sound of the Genuine” 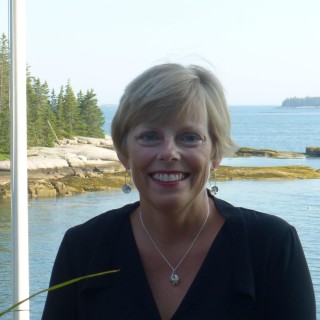